A Hellish Kind Of Night

Description: Sitting on the front porch of the Fake Hostel, the Landlord ponders the meaning of life, death, and the universe, when suddenly, a radiating energy causes the hair on the back of neck to shoot straight up! He turns around to see Adara Love and Nilla Black, two brunette babes with a devilish look in their eyes. Sliding past the women, the Landlord peeks into the rooms… only to find a summoning circle! The Landlord springs into action and vacuums the circle, but suddenly, Adara and Nilla are behind him once more, and his cock is hard! The women give the Landlord a double blowjob while he plays with her tits, then spread their asses so he can eat them out from behind, before fucking them both to orgasm! The ladies lick each other while the Landlord pounds their pussies, then he gives them a double facial. 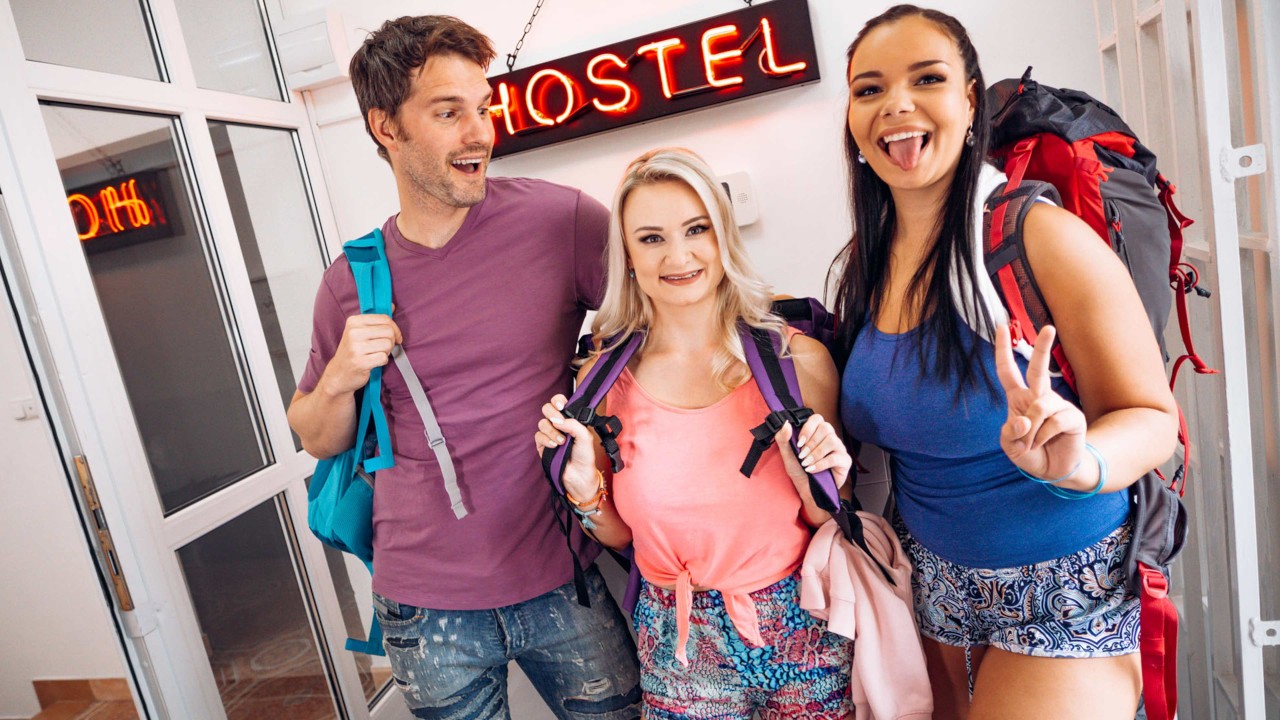