Description: Daisy Lee and Lilit Sweet take a wrong turn on their way to the Sexual Health Clinic, so they stop at the Fake Hostel to ask for directions. The Landlord opens the door in dirty clothes, but when the ladies inquire about the clinic, he distracts them long enough to change into his doctor’s costume! Bringing the ladies into the hostel, the Landlord begins the sexual examination by feeling up Daisy’s big tits, then slipping a finger into Lilit’s wet pussy! Telling Daisy to prepare herself on a nearby bed, the Landlord turns his attention to Lilit and eats her pussy, then pleasures Daisy too, at which point both ladies then drop to their knees to give him a double blowjob. The ladies take turns sucking and fucking the Landlord’s thick cock, then he covers them both with a big facial! 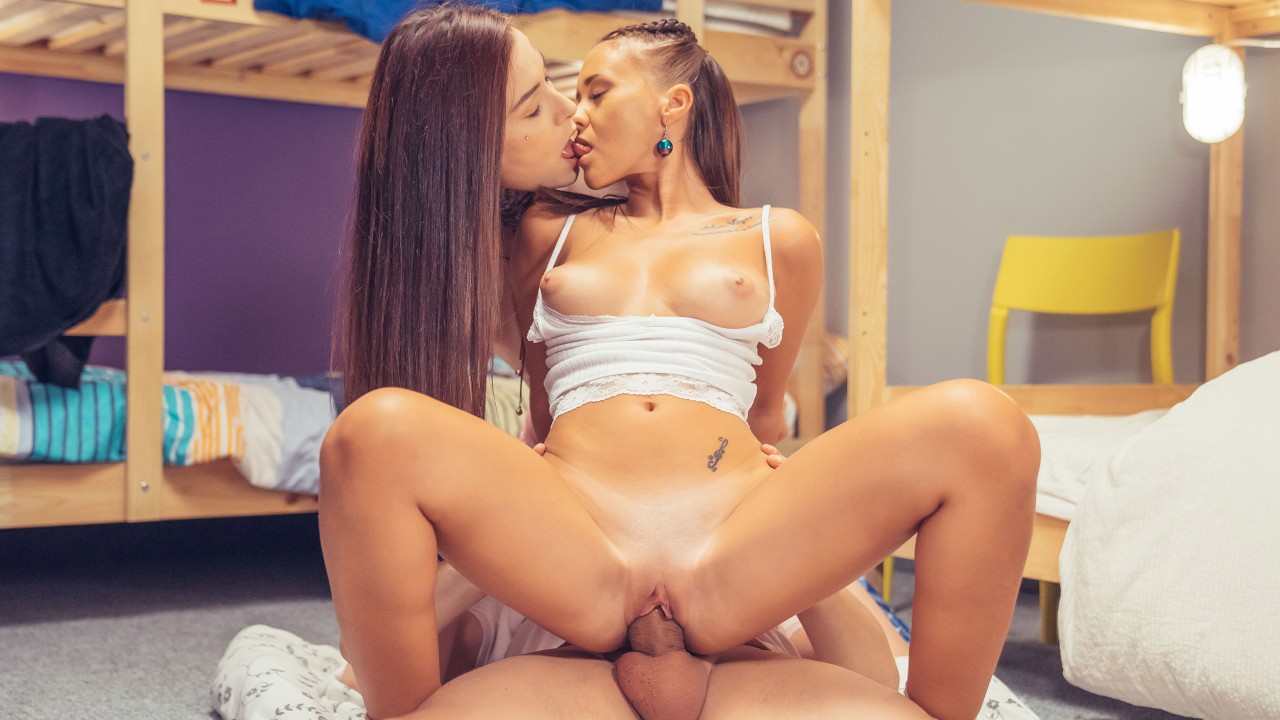